Government of India launched an Integrated Ganga Conservation Mission called “Namami Gange” aiming on abatement of pollution together with cleaning of Ghats, regulatory control of Industrial pollution and online monitoring of pollution in the river, besides afforestation and biodiversity conservation.

One of the bottlenecks for a comprehensive planning for a river rejuvenation programme is the lack of scientific data, which requires detailed research studies based on geospatial technology. NMCG has initiated this project along with Survey of India (SoI) and IIC Technologies Pvt. Ltd. on “Generation of high-resolution DEM & GIS ready database for part of River Ganga” using LiDAR Mapping.

These models will provide valuable information for use not only in making urban river plans, but also for identifying the baseline of river flood plains and regulating them for their restoration and preservation. This technology enables identification of entire topography of an area making it easy for policy makers to analyse the available data and improve decision-making process. Critical pollution hotspots are also easily identified through this technology.

The mapping of mainstream of river Ganga in five major states Uttarakhand, Uttar Pradesh, Jharkhand, Bihar and West Bengal has been done covering major towns and cities along the river Ganga and its tributaries in these states. Mapping Area is 52,610 km2 along the 10 Km buffer of River. Aerial Survey LiDAR data has been processed to generate Digital Elevation Model (DEM) of 0.5 m resolution and Ortho-rectified imageries of 25 Cms. 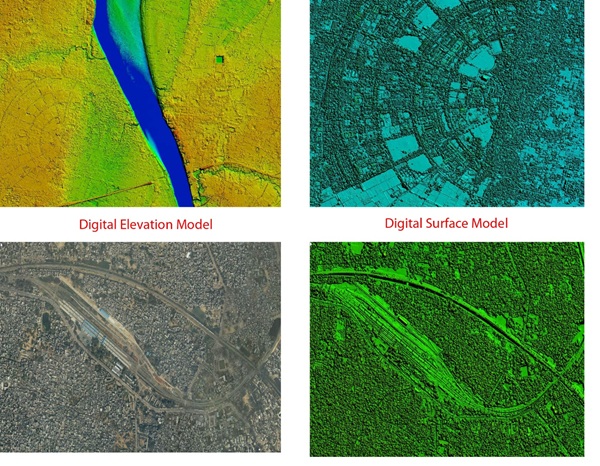